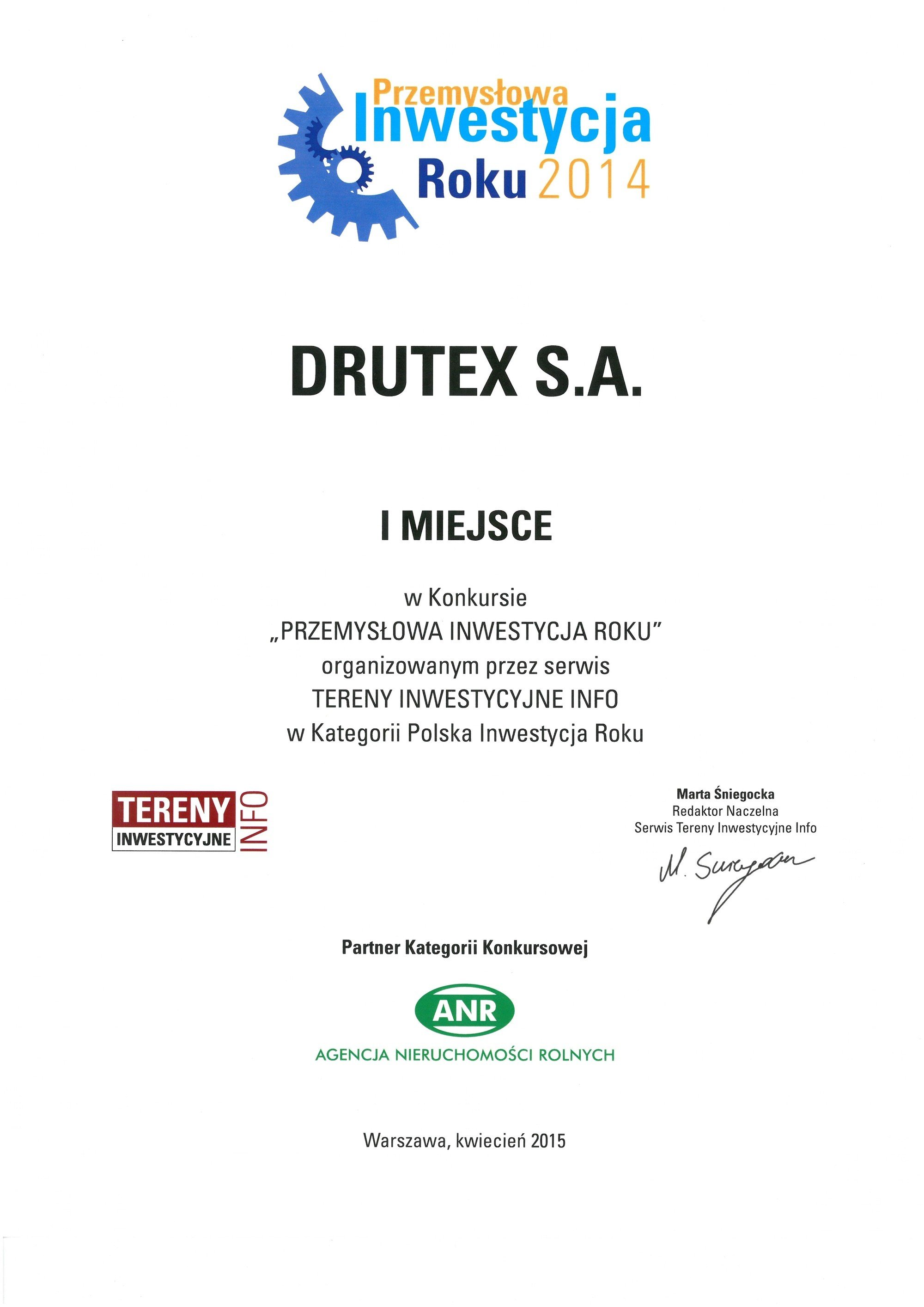 The European Fenestration Centre the Industrial Investment of the Year!

Applications to the competition, which aimed at choosing the best industrial investments of 2014,  were accepted in seven categories. While choosing the winning project among several dozen, the Jury considered the number of new jobs, capital allocated to the investment and implementation of innovative production solutions.

The Jury consisted of representatives of Business Centre Club, The Foundation of Small and Medium Companies, the Polish Chamber of Commerce, Polish Agency of Information and Foreign Investments,  National Fund for Environmental Protection and Water Management, and The Association of Investment Centres and Enterprise Organisers in Poland. After a heated debate, the Jury selected, by majority vote, the most important and interesting investments of 2014.

„The European Fenestration Centre is the most important investment in our company history, which allows us to double our production capacity, and therefore strengthen our market leader position. Last year, we finished the construction of the first stage of EFC, and in March we started the construction of the second stage, i.e. next 25,000 m2 of production area. And, definitely, we won’t stop at that” – says Leszek Gierszewski, the president of DRUTEX S.A.

The winners were awarded during I National Forum for Industrial Investment that took place on 15 April in Lubomirski Palace in Warsaw.

❮  previous
DRUTEX the Pillar of Polish Economy
next  ❯
BUDMIKA - the National Student Construction Conference is in session!