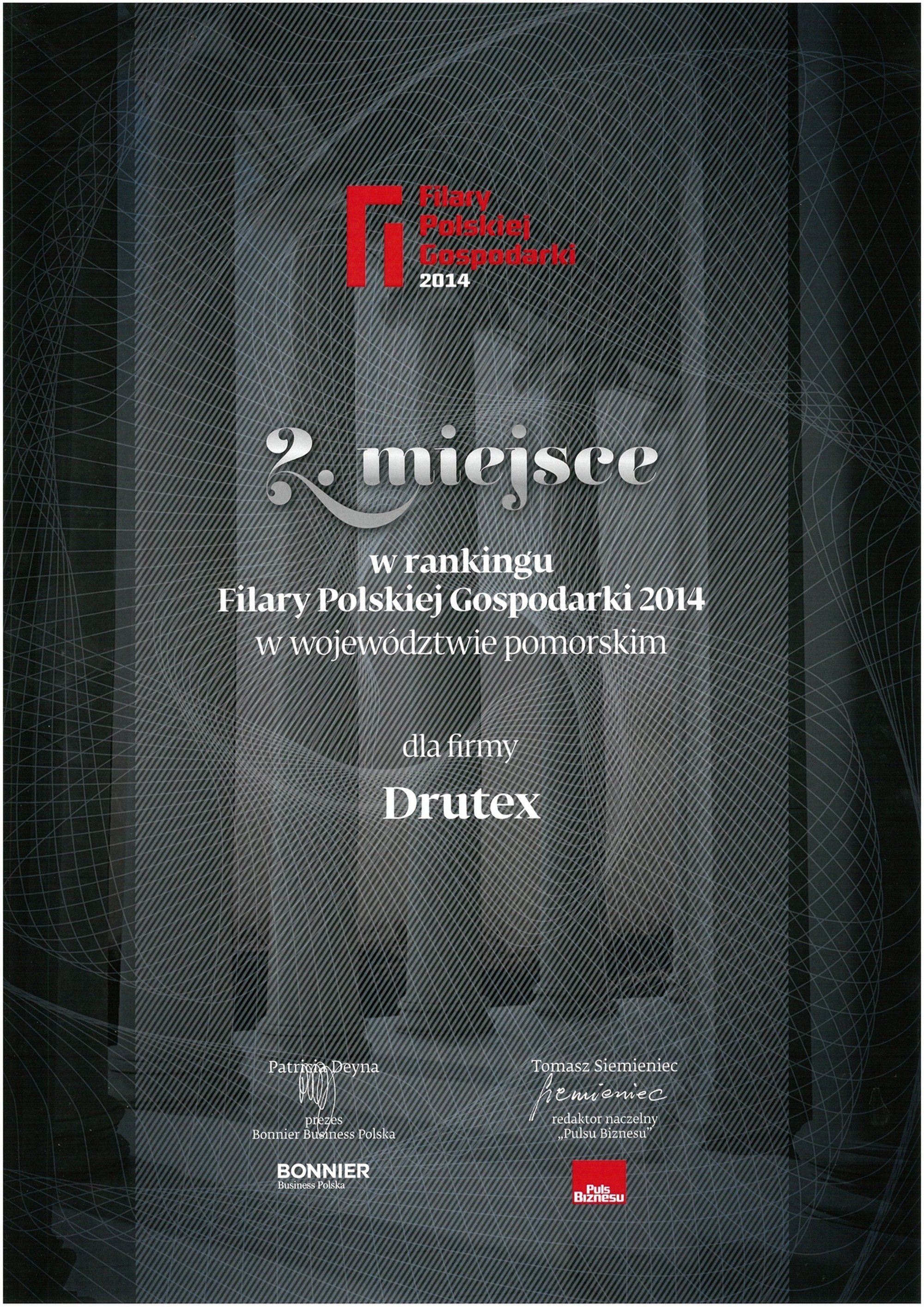 DRUTEX the Pillar of Polish Economy

DRUTEX has been awarded in the ‘Pillar of Polish Economy’ ranking in Pomeranian Voivodship. The company is among enterprises that have had the greatest impact on the region development, stand out for management efficiency and dynamic development.

The ranking is prepared annually  by a leading research agency and the editorial of "Puls Biznesu" daily paper. Local governments, as the authority located near the local entrepreneurs and communities, vote to choose the winners in every voivodship. The ranking is the result of a survey conducted among local government officials.

„Being among the entrepreneurs who received the title of ‘Pillars of Polish Economy’ is a huge honour, as well as a motivation to persevere with our activities and intensive work. DRUTEX is a company which has been among the biggest employers in the region for many years, it has set standards on the local job market, it is involved in the maters of local community, and, as a result, contributes to shaping the conditions of economic development in all the region. I am happy that our dedication and determination have been appreciated by local government officials in our region.” – said Adam Leik, marketing director at DRUTEX S.A.

The awards were given during a formal gala that took place on 15 April 2015 in Warsaw.

❮  previous
DRUTEX – the Company if the Year!
next  ❯
The European Fenestration Centre the Industrial Investment of the Year!