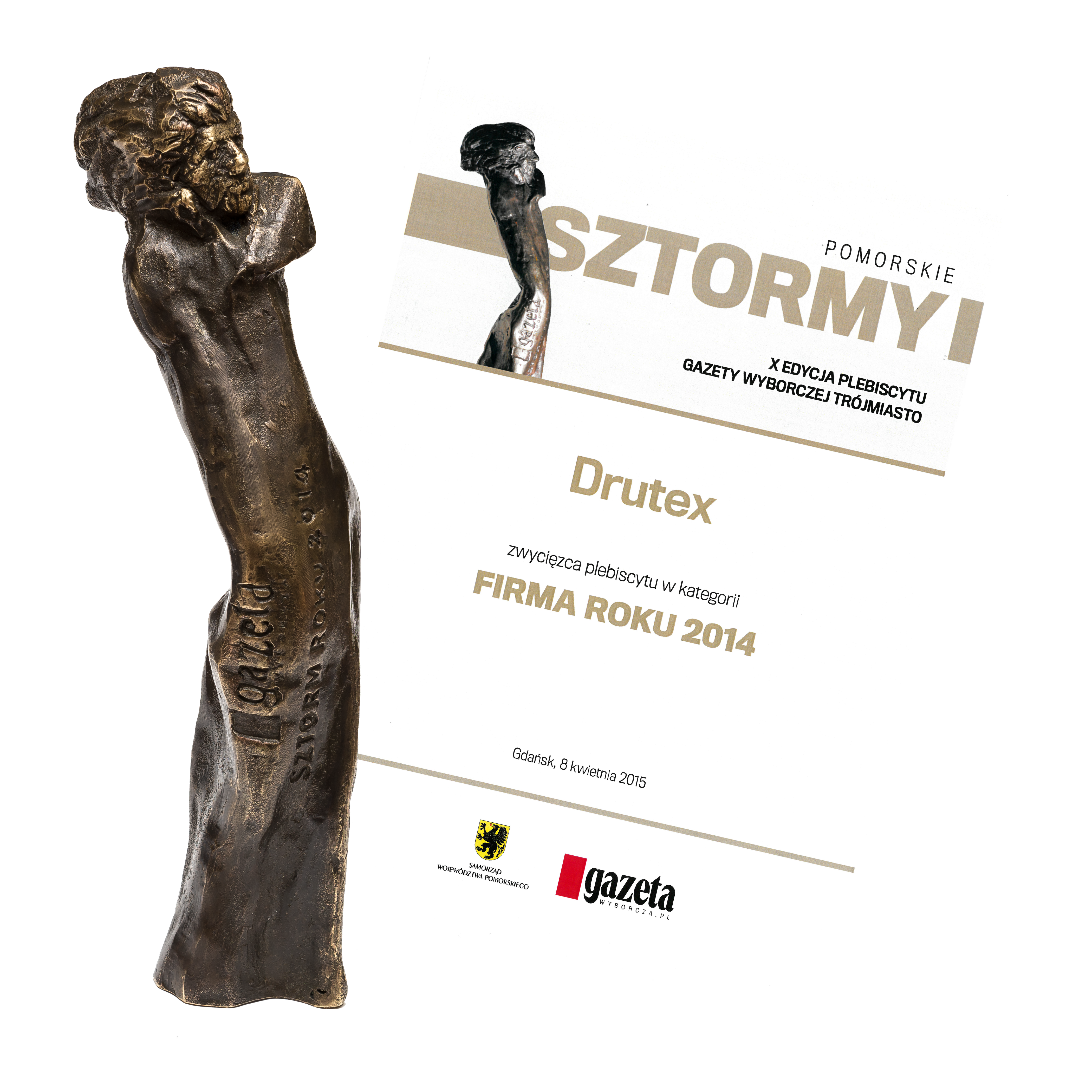 DRUTEX – the Company if the Year! 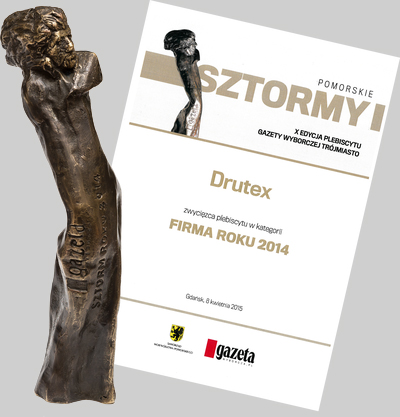 DRUTEX, the biggest window producer in Europe, has been chosen as the Company of the Year in "Pomorskie Sztormy 2014 " plebiscite organized by Gazeta Wyborcza Trójmiasto and the Marshall Office. The award is given to most important personalities, institutions and events in sport, business, culture and European funds.

DRUTEX has been awarded The Company of the Year title for brave business decisions and extraordinary achievements, above all for the construction of the European Window Woodwork Centre and for running the marketing campaign where the company engaged some of the best footballers in Europe - Philipp Lahm, Andrea Pirlo and Jakub Błaszczykowski.

The winners were selected by the contest jury that consisted of Gazeta Wyborcza journalists, the representatives of the Marshall Office and independent experts.

„I am very happy to have received the Company of the Year title. It is a huge honour to me. However, DRUTEX success is a merit of the whole team, all staff. They motivate me to act day-to-day. Because of their support, I implement new investments. My task is, in fact, the decision when to say ‘yes’ and ‘no’. Fortunately, in my 30-year business career I have never made a mistake! And let it be in the future.” – said the president of Drutex Leszek Gierszewski when collecting the award.

The formal gala celebrating the plebiscite took place on 8 April 2015 in Shakespeare Theatre in Gdansk.