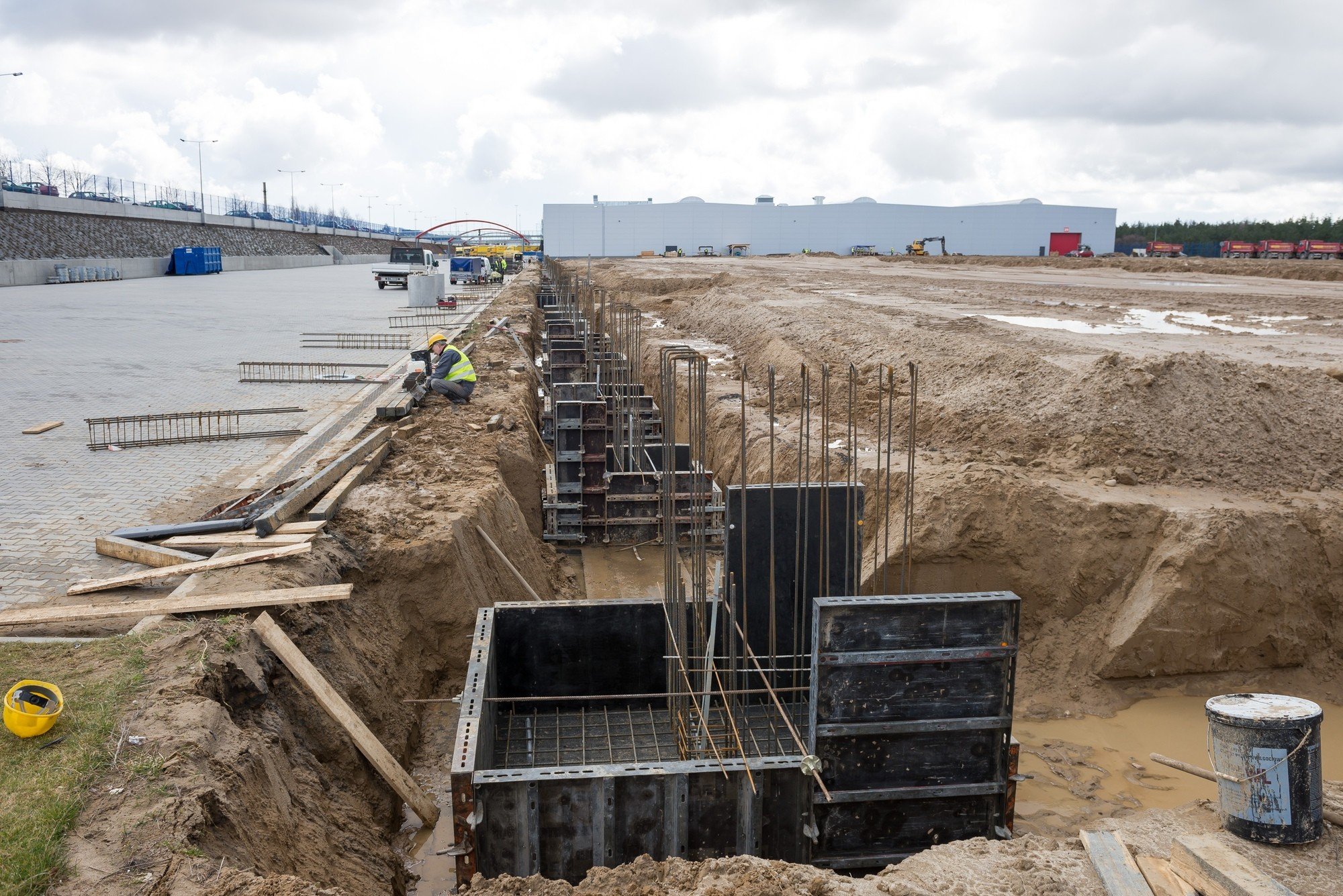 DRUTEX has started the construction of the second stage of the European Fenestration Centre. The new facility covering over 25000 m2 will be built on the plot adjacent to the company land. The investment value amounts to ca. 100 million zloty.

The first part of the production facility, i.e. over 30 000 m2 surface with the infrastructure, was put in service in October 2014 and it significantly increased the company production capacity regarding mostly PVC woodwork production. In the first stage of the investment ca. 54% of the total surface of the new production hall was built, together with the social and office spaces including the equipment. The second stage comprises the construction of the remaining part of the production hall and, as a result, it will be easier to execute – both architecturally and technically, since the necessary infrastructure and communication system is already prepared.

The second part of the facility, currently under construction, will have the length of 194 m and the width of 120 m. The total usable floor area will cover more than 25 000 m2. Once the investment is finished, the company will have 91 000 m2 of usable floor area at its disposal, stretching across 35 ha.

The new production hall is being built in steel technology. It will be executed in the same technology and architecture as the existing first part of the hall. Heated overpasses, characteristic for DRUTEX investment, will also appear as a part of the communication system. The facility will encompass production area, office and conference space, and the support infrastructure, including roads and parking lots. The solutions adopted during the design and realization stages, not only guarantee maximum energy efficiency, but also enable the optimum organization of production processes. All that, combined with the most cutting-edge machinery in the industry, will definitely improve the dynamic growth of our company.

The new complex will comprise machines and equipment for production of PVC woodwork, profile wrapping, as well as shutters and composite glass manufacturing. In order to optimize production processes, the production from other halls will be moved there. At that stage of the construction, new social and office facilities will be put in service.

„Last year we announced the construction of the second stage of the hall within the European Fenestration Centre. We execute our plans sooner than we expected. In our case, the market is growing at blistering speed, so the continuous growth will enable us to take advantage of the rising market opportunities, and it will permit even bolder expansion abroad. However, it is worth mentioning that DRUTEX already stands out for intensive activities on international markets, investing in brand recognition and sales network. The new facility will allow us to increase production capacity up to ten thousand windows a day, comparing to five thousand that we produce right now. The new hall will help to optimize our operations. Creating one big hall, we will cluster a significant part of the production under one roof, which will be much more effective. There is no time for dispersing. We have never resorted to half measures, and we don’t right now.” - says Leszek Gierszewski, the President of DRUTEX S.A.

The cutting-edge DRUTEX investment will lead to the increase in employment by several hundred people. Even today, the company with the workforce of more than 2000, is one of the biggest employers in the region.  The construction of the second stage will strengthen the company among the Pomeranian solid employers.

The construction will be completed at the end of the year. By the end of the year, the company is planning to equip the hall with modern machines and devices for woodwork production. Therefore, the beginning of production in the new part of the hall is planned for the first quarter of 2016.

❮  previous
Take spring home
next  ❯
DRUTEX – the Company if the Year!