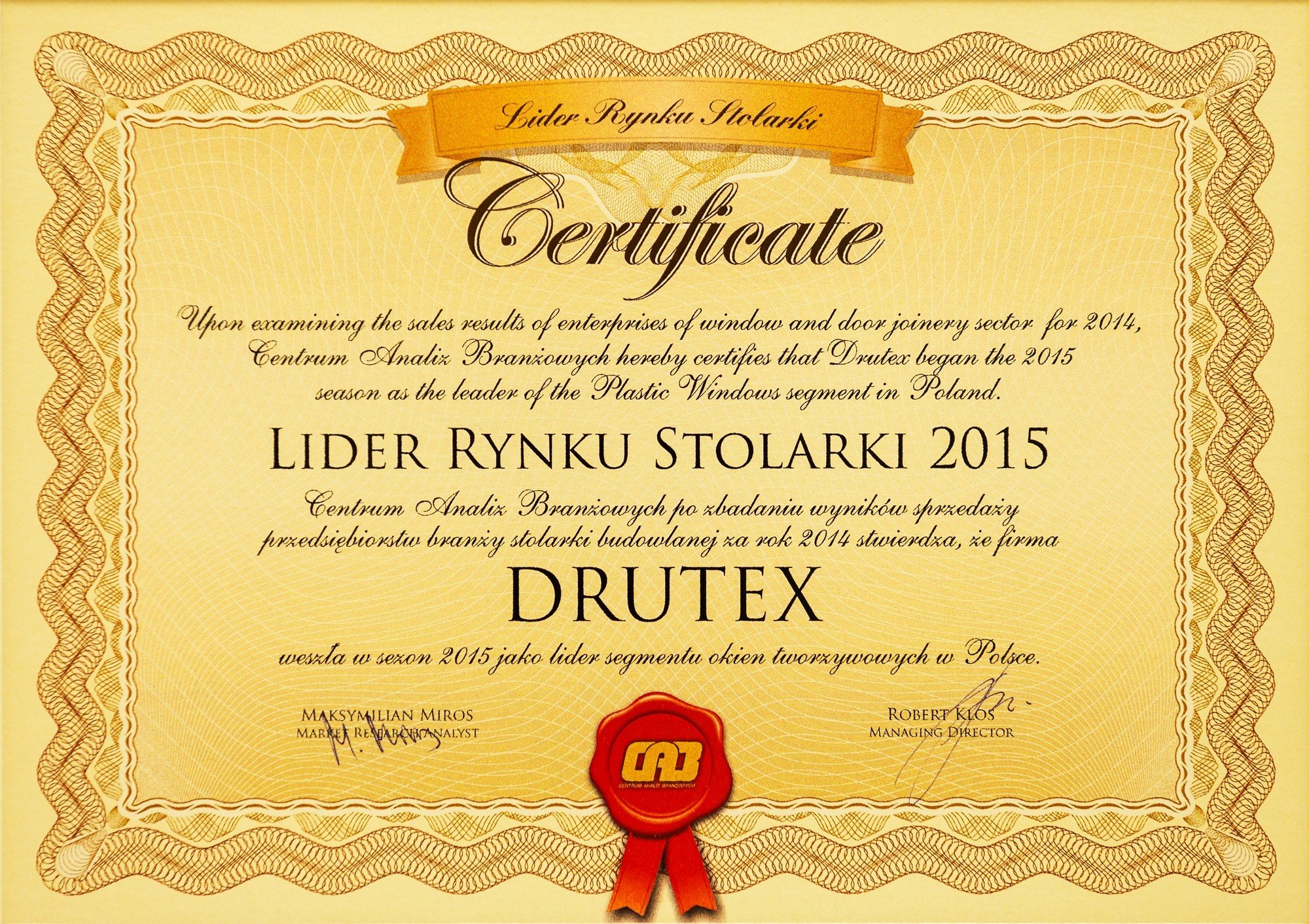 DRUTEX the leader of woodwork market in Poland!

DRUTEX has been recognized as the leader among Polish producers of plastic windows in a ranking organized by Industry Analysis Center (IAC). For the fourth time consecutively the company has won the industry plebiscite that selects the biggest players in Polish window and door woodwork market.

The market leader title is given to companies that had the best sales results in their sector in the preceding calendar year. In this year edition of the contest, more than 100 companies were nominated for the award. Having examined the sales figures, the IAC agency awarded DRUTEX S.A. with the title of the Leader of Woodwork Market 2015 in plastic windows segment.

„I am happy that DRUTEX has been again recognized as the Leader of Woodwork Market. It confirms our strength and market position. It is not about a stroke of luck. We have been fully dedicated to improving our market position for years. Today, we are reaping our laurels as a result of the team’s hard work and determination. In 30 years, we have built a highly organized and buoyant company. The leader title obliges us to continue our work and to achieve next success. I believe that the biggest victories are yet to come” – said Leszek Gierszewski after he received the Woodwork Leader certificate.

In 2014 DRUTEX sales amounted to more than 520 million zl. DRUTEX has been able to increase the production capacity and to strengthen its market position thanks to the 200 million zl investment in the construction of the European Fenestration Centre that started in 2013. The company is planning to increase production to 7 thousand windows a day after the launch of the second part of the investment in 2016.

The award was given during the Leaders in Woodwork Market Gala 2015 in the Lubomirski Palace in Warsaw.

Leszek Gierszewski – the Philanthropist of the Year
He has been supporting numerous social initiatives for years, he has helped Polish hospitals fighting with COVID-19 pandemic and he has initiated the campaign that united Polish business in this time of trial.
More