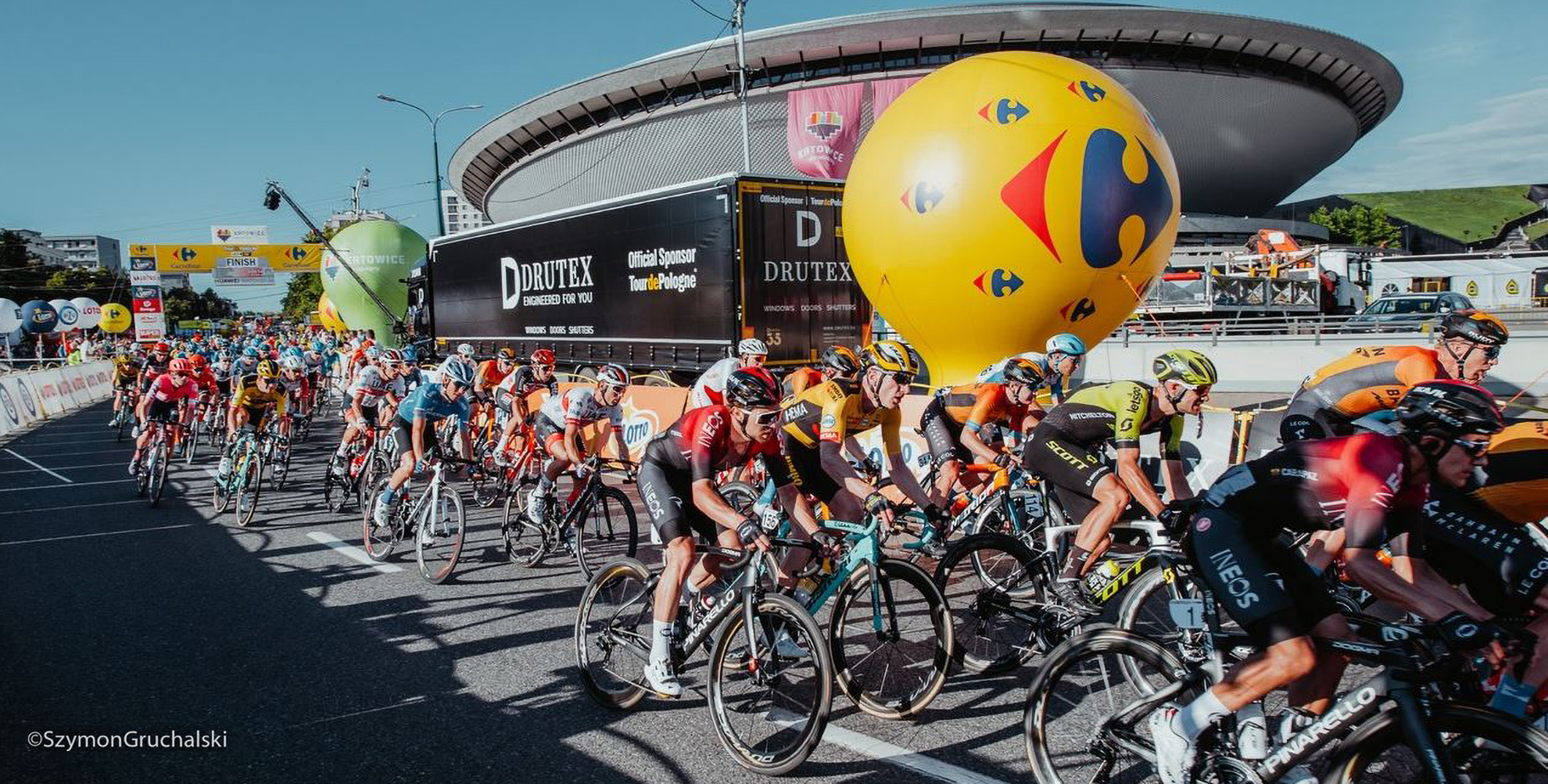 DRUTEX SA the Official Sponsor of the Tour de Pologne

DRUTEX SA has joined the Tour de Pologne UCI World Tour peloton for the second time in a row. This year, the 78th edition of the prestigious event, will take place between 9 and 15 August.

2020 was the first time when the Bytów company had decided to cooperate with  Czesław Lang as the Official Sponsor, Logistic Partner and the Sponsor of the Stage Winner Classification at the Tour de Pologne. The race was the first big sporting event since the beginning of the COVID-19 pandemic. As a result of the impeccable organization, it was named the best Sporting Event of the Year in the „Przegląd Sportowy” plebiscite. Drutex, that has been supporting sport and its development since it was set up, joined the TdP also in 2021.

- I wish to thank DRUTEX for their trust in those hard times. The Tour the Pologne family is more than just sponsors. We build mutual trust since this is the best way to most effective cooperation. Together we create an unforgettable show – points out the CEO of Lang Team, Czesław Lang. – the 78th Tour de Pologne starts on 9 and will last till 15 August. Nowadays, when plans are determined by the pandemic, it is difficult to forecast anything, but it’s also difficult to imagine a year without our national race which belongs to the elite cycle UCI World Tour. Although the event is not until a few months, work is in full swing – we are arranging details, planning the route and talking to the partners. I am delighted with the agreement with Drutex SA, since it provides us with numerous opportunities to prepare the race even more professionally. The company was with us at the last year edition and it proved itself perfectly – added C. Lang.

Just like last year, Drutex, apart from the Official Sponsor title, will also be the Logistic Partner of the race, as well as the Sponsor of  the Stage Winner Classification. On the Tour de Pologne routes we are bound to see i.a. the company’s impressive vehicles executing transport between the towns – the hosts of   particular stages.

- We cooperate with the world-best, and the Tour de Pologne belongs to the top. We were involved in the race for the first time on the 35th anniversary of the company. The cooperation was very fruitful, so we decided to continue – says Adam Leik, marketing director at Drutex SA. – The race constitutes a great opportunity to promote our brand in Poland, as well as in 120 countries where each stage of the race is broadcast.  – adds A. Leik.

The Tour de Pologne is the biggest periodic sports event in Poland and the most important cycling race in Central and Eastern Europe. Since 2005 it has been a part of the elite UCI World Tour cycle, that is the cycling champions league. It is one of the most valued cycling races in the world when it comes to organization. Each year all top professional groups take part. TV broadcast of the Tour de Pologne UCI World Tour reaches 120 countries worldwide.

Drutex SA - a partner of the „Beksiński in Warsaw” exhibition
DRUTEX has become the partner of the biggest temporary exhibition of the outstanding contemporary drafter, sculptor, graphic designer and painter, Zdzisława Beksiński.
More